The Spoken Languages of Eritrea 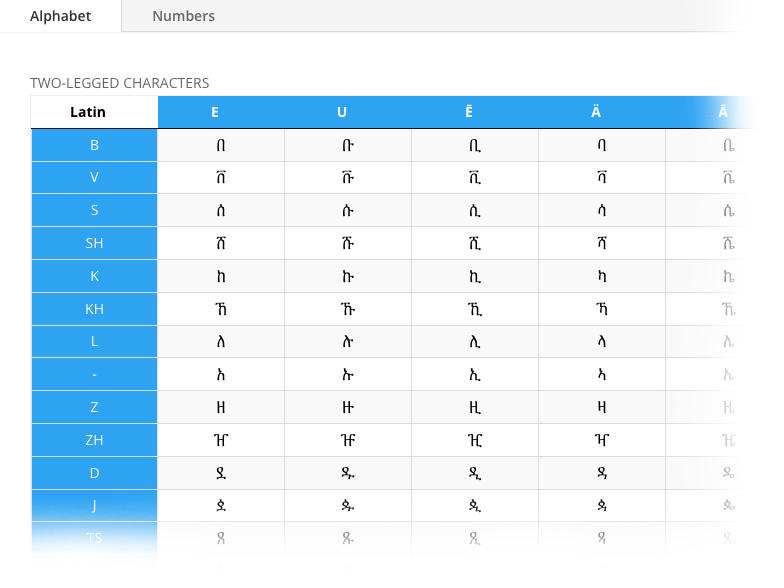 Eritrea is a multilingual country. The nation has no official language, as the Constitution establishes the “equality of all Eritrean languages”.[137] Tigrinya, Arabic, and English serve as de facto working languages, with the latter used in university education and many technical fields. While Italian, the former colonial language, holds no government recognized status in Eritrea, it is spoken by a few monolinguals and Asmara has Scuola Italiana di Asmara, a long running Italian government-operated school.[2] Also, native Eritreans assimilated the language of the Italian Eritreans and spoke a version of Italian mixed with many Tigrinya words: Eritrean Italian.[138] Tigrinya serves as the de facto language of national identity. With 2,540,000 total speakers of a population of 5,254,000 in 2006, it is the most widely spoken language, particularly in the southern and central parts of Eritrea. Other major national languages include Afar, Beja, Bilen, Kunama, Nara, Saho and Tigre.

In addition, Nilo-Saharan languages (Kunama and Nara) are spoken as a native language by the Nilotic Kunama and Nara ethnic minority groups that live in the northern and northwestern part of the country.[139] – [Wikipedia 2020-04-14]