A billing system created to meet the needs of our students

The Bursar Office Lehman College (BOLC) bill was created following Lehman College’s conversion to CUNYfirst in 2012. During its introduction, the new oracle software left a lot to be desired on the student financial services side. We had run into numerous growing pains from the conversion including the lack of an ‘official bill’ to provide our students.

We had received complaints on a daily basis from frustrated students attempting to obtain an “official bill” by the college and we were inundated with these bill requests. Not having a built-in/system-generated bill available meant that our staff would have to manually provide invoices on Microsoft Word for each individual student.

I turned this weakness into an opportunity by creating an Excel-based standardized billing system, which allowed us to generate thousands of invoices before the arrival of CUNYfirst’s eBill.

The eBill before there was an eBill. 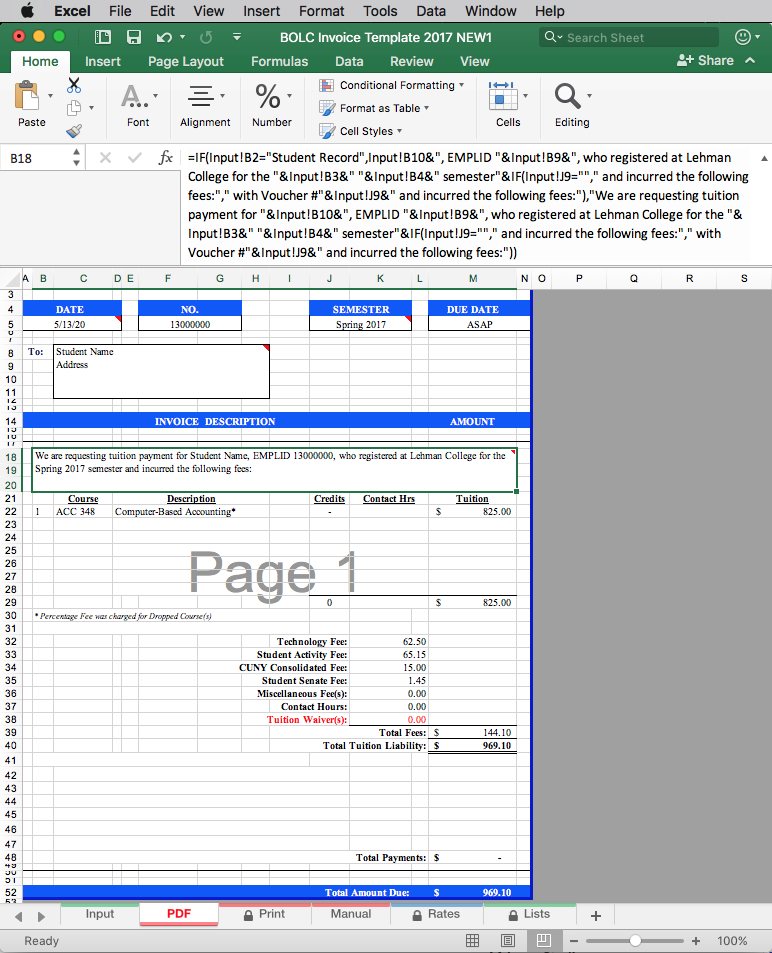 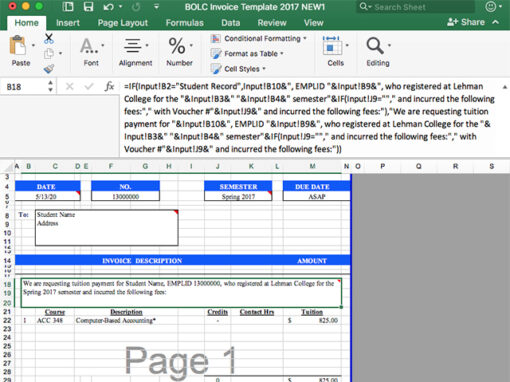